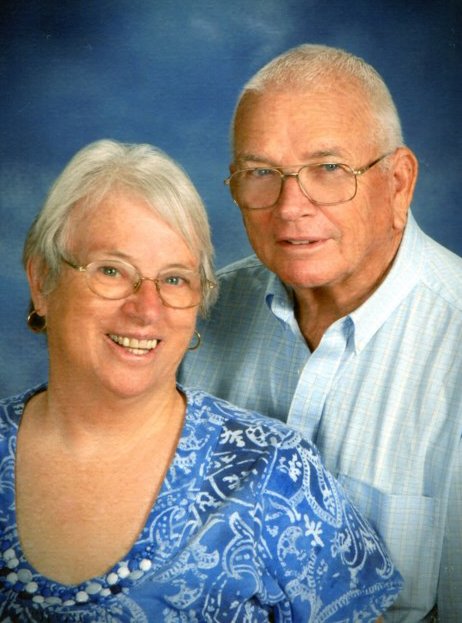 For the past two years, the Bobby Edd Penson Fund has helped young men and women who have aged out of foster care and are pursuing higher education. The program serves as a safety net for youth who have no one else on whom they can rely.

When it came to children, Bob had a huge heart and generally wanted to be of service. After they moved to California, Bob felt the call to volunteer so he joined Big Brothers, Big Sisters and became a Big Brother. He was matched with a young man and together they did a variety of activities together, including camping. Bob served as his Big Brother until the young man aged out of the program.

According to Mary Ann, Bob learned that his Little Brother had a little brother. True to Bob’s big heart, he included the younger brother in some of the outings. His efforts earned him the title of Big Brother of the Year in Lake County, California, not just once, but twice.

A New State, A Renewed Desire

When Bob and Mary Ann permanently moved to Arizona in 2005, Bob’s love for kids again beckoned him. He wanted to do something to help children, where he could support them financially and create a lasting impact that would make a difference for many young people. Together, he and Mary Ann talked about all the ways in which they could help. They settled on children in foster care, as Bob had adopted his daughter and Mary Ann’s sister had adopted her children.

“I don’t remember how it happened, but in 2009, we were invited and went to a breakfast presented by this organization called Arizona Friends of Foster Children Foundation,” recounted Mary Ann.

After that meeting, the couple knew that they wanted to donate to AFFCF. They had a specific requirement for their support: to help young people who aged out of foster care and who had no one to support them as they transition to adulthood.

“We really loved what AFFCF was doing for kids in foster care, but we couldn’t help thinking about what happened to kids when they aged out?” said Mary Ann. “Technically you’re an adult at 18, but you’re still a kid. You still need the support of your family, to have parents cosign your first car loan, to help you get up on your feet, to establish yourself.”

Before they could put things into motion, life had another plan. Bob fell ill and he and Mary Ann focused the next several years on his recovery. Their days soon were filled with doctors’ appointments and treatments. Sadly, Bob passed away in 2016 before he could put his plan to help young people into motion.

Out of Bob’s vision, Mary Ann created the Bobby Edd Penson Fund with AFFCF in 2018. The fund is specifically designed to help young men and women who have aged out of foster care and are pursuing post-secondary education, whether in college or vocational school, overcome emergency expenses that derail their education. Thanks to Bob’s – and Mary Ann’s – vision, these young people now have someone on whom they can rely.

Even though Bob is no longer with us, his legacy forever lives on. Since its inception in April 2018, the Penson Fund has made 588 awards to 347 students, totaling more than $356,532 funding things from vocational school fees to auto repairs to rent assistance.